On Wednesday, July 16th we completed a successful experimental playback of Mid-Frequency Active Sonar (MFAS) signals to an adult male Cuvier’s beaked whale off Cape Hatteras, North Carolina, as part of the Atlantic Behavioral Response study. This work is designed to improve our understanding of how these acoustically sensitive whales respond to such sounds. 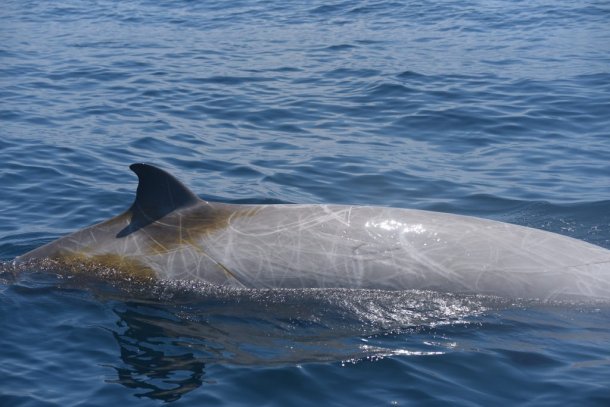 The adult Cuvier's beaked whale prior to tagging. Photo by A.J. Read, Duke University, under NOAA Research Permit No. 22156.

Our work yesterday involved two research vessels from Duke University – the R/V Shearwater (on her first research cruise) and the R/V Barber. We tagged and followed the whale from the Barber and used the Shearwater to track the whale overnight. 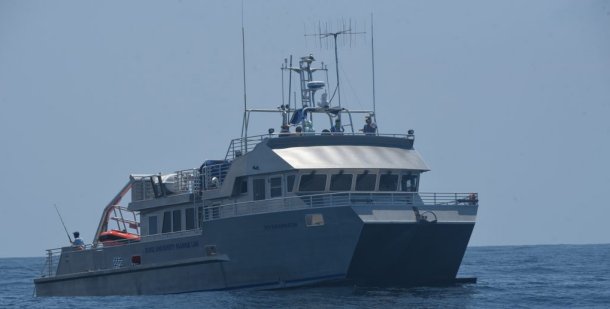 The sonar signals were produced by a Navy guided missile destroyer (DDG) homeported in Naval Station Norfolk, Virginia. The critical job of coordinating our work with the DDG was made possible by Ron Filipowicz, an Environmental Policy Specialist U.S. Fleet Forces in Norfolk. We are very grateful to Ron and his team for their excellent work.

We tagged the whale on Tuesday, July 15th, allowing us to collect 24 hours of baseline data prior to the experimental playback. The satellite tag provides information on the diving behavior of the whale, relayed via receivers aboard orbiting NOAA weather satellites by Service ARGOS, which also provides estimates of the position of the whale. 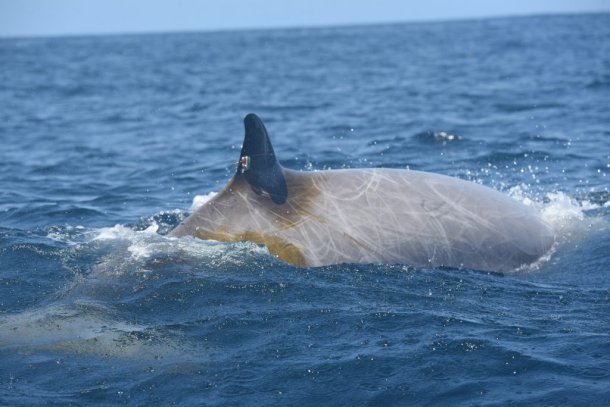 Prior to the experimental playback of the sonar signals, Dr. Brandon Southall (lead PI of the Atlantic BRS project) ensured that the sound levels received by the tagged whale would meet our experimental criteria by running real-time sound propagation models developed by the Naval Postgraduate School in Monterey, California. Brandon ran these models in California and communicated with the field team aboard the Shearwater via satellite phone. He then touched base with Ron in Norfolk, who communicated our desired start position to the DDG. We also enjoyed excellent ship-to-ship communication between the DDG and Shearwater via marine VHF radio. 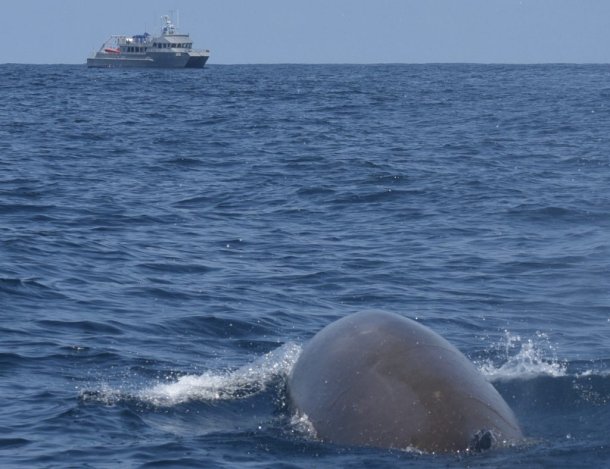 A Cuvier's beaked whale surfaces with the R/V Shearwater in the background. Photo by H.J. Foley, Duke University, under NOAA Research Permit No. 22156.

The Barber crew visually relocated the whale just before the start of the experiment and then again following its conclusion. Following exposure to the sonar signals, the whale remained submerged for more than 90 minutes and moved away from the source of the signals. This behavior is consistent with the response we have documented in previous trials with both real and simulated sonar signals. We will analyze the data we collected in detail, comparing the behavior of the whale during the exposure to its behavior before and after the experiment and to a large data series collected from other whales that were not exposed to sonar.

This complex field experiment required an enormous amount of coordinated effort from many people and organizations. We are particularly thankful to the officers and crew of the DDG who made this experiment possible. 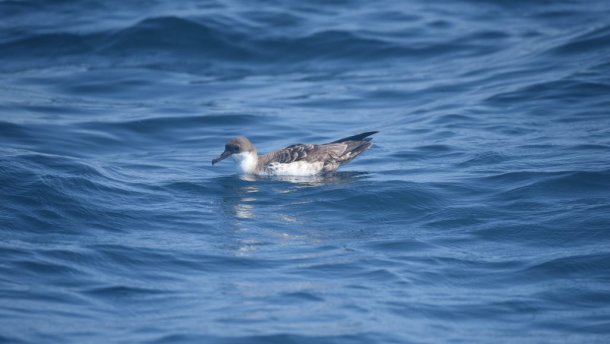 Finally, our ability to execute this work was complicated by the ongoing effects of COVID-19.  We have adapted to the challenges of conducting field work during the pandemic by reducing the size of our field crews, requiring testing for the science party aboard the R/V Shearwater, and practicing a series of safety measures, including wearing face masks and practicing physical distancing. We appreciate all the hard work that has gone into making sure that we can conduct field work in a safe and effective manner.