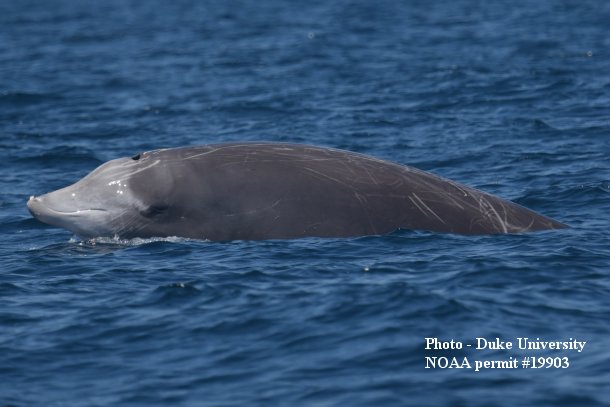 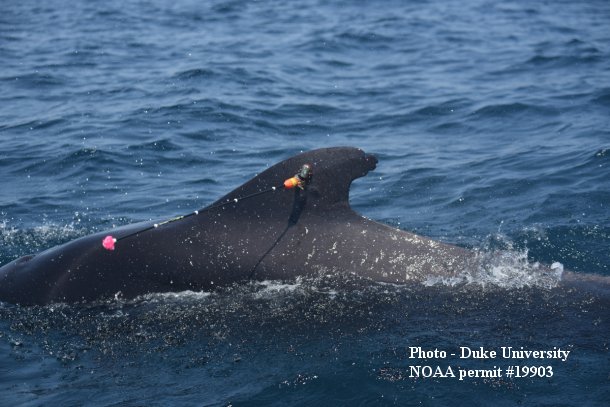 On our first day in the field in both 2014 and 2015, we deployed satellite tags on Cuvier's beaked whales. 2016 did not disappoint, as we had two tags on Ziphius before 10:30 in the morning.  The banner day continued with deployments on a bottlenose dolphin and short-finned pilot whale.  But the day wasn’t over yet, as just before heading back to shore we came across a group of approximately 200 Clymene dolphins (Stenella clymene), a species we have NEVER observed from the vessel.  Our aerial survey colleagues at the University of North Carolina Wilmington (UNCW) have seen this species from the plane, but it was still a great surprise for us.  Even better, we were able to deploy a satellite tag on one individual, which will provide the first movement data for this species in the mid-Atlantic. 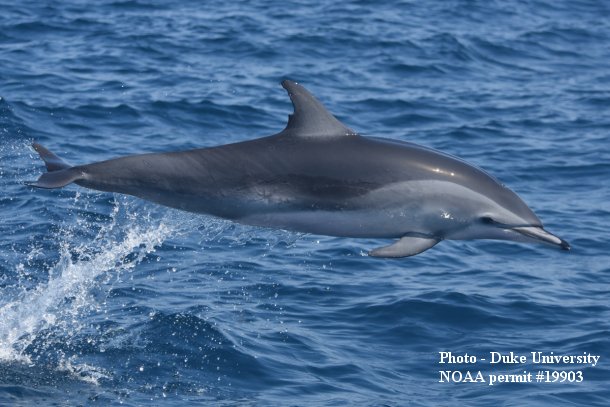 And the fun didn’t end on the water.  After returning to the field house and comparing photographs to our species catalog, we confirmed that one of the Cuvier’s beaked whales we tagged was in our photo-ID catalog, first observed in 2014. 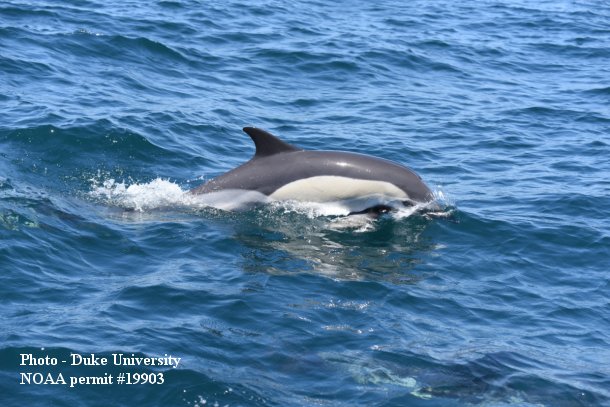