A stretch of exceptionally calm seas off of the North Carolina coast in early October made for two very productive field days for some of the Duke Marine Lab researchers and students working on Navy monitoring projects. On the morning of October 4, they deployed five marine autonomous recording units (MARU), or pop-up buoys, across the continental shelf off of the Outer Banks as part of a collaborative project with NOAA’s Northeast Fisheries Science Center and Cornell’s Bioacoustics Research Program.  The objective of this project is to investigate the timing of right whale migration through the Mid-Atlantic region, as well as the relative distance from shore and acoustic behavior of migrating whales. See a previous post for more information about this project. 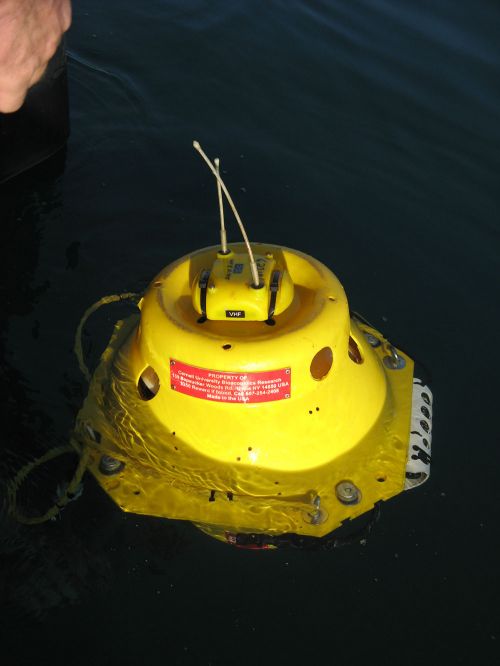 Following the buoy deployment, they conducted marine mammal surveys as part of our ongoing effort in the waters offshore of Cape Hatteras.  They encountered eight groups of offshore bottlenose dolphins, but even more exciting was the sighting of a fin whale, from which they were able to obtain photo-identification images and a biopsy sample (SEFSC Permit 779-1633) which will provide insights into the population of fin whales that visit this area.  This is the fourth fin whale encountered and the third biopsy sample obtained from fin whales along the shelf break in the last two months.  This particular fin whale had a very distinctive dorsal fin, which will help identify the individual and possibly match it to previous sightings from the Atlantic. 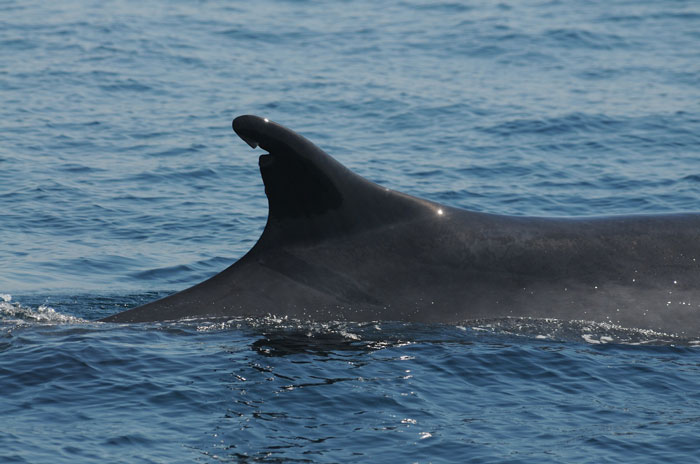 On Saturday, 5 October, they headed back out to work on another ongoing project that is focused on locating deep-diving marine mammals, such as sperm whales and beaked whales, while obtaining biopsy samples from them.  Deep-diving mammals spend a lot of time (up to an hour) below the surface, where they feed on deep-water prey such as squid; therefore it can be rather challenging to locate these animals from a vessel.  They've had success locating sperm whales acoustically using a directional hydrophone, and have even collected biopsy samples from them, but so far, have had less luck encountering beaked whales this year.  Fortunately, the flat-calm seas on Saturday were conducive for sighting the elusive creatures, and they were pleasantly surprised when they encountered a group of three beaked whales in the morning. The group consisted of a heavily scarred male and a mom/calf pair.  The animals were consistently diving for 10-15 minutes between surfacings and were traveling in a predictable direction, enabling the field crew to stay with them long enough to make an approach.  On the third surfacing of the group, they obtained a partial biopsy sample from the adult female, and a full sample from the male (MMPA permit 14241-03 issued to Dr. Peter Tyack).  These are the first genetic samples of beaked whales that have been able to collect for this project. 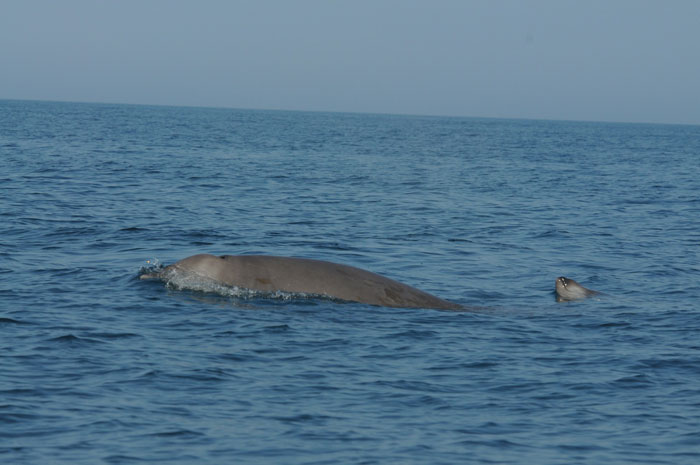 A total sightings list for the day included an additional beaked whale sighting, for a total of seven individuals, in addition to nine pilot whale sightings, six bottlenose dolphin sightings, and one group of Risso’s dolphins, from which we collected two biopsy samples. Next year, the Deep Diver project will be focusing on attaching tags to sperm whales and beaked whales to record their dive behavior. 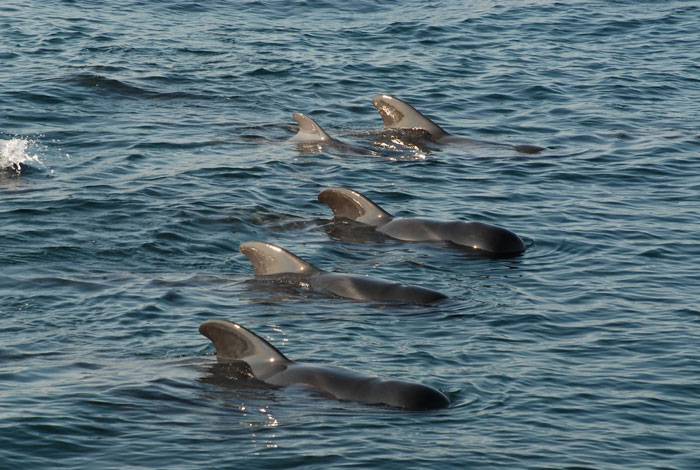