First Harbor Seal Haul-Out Survey of the Season in Virginia 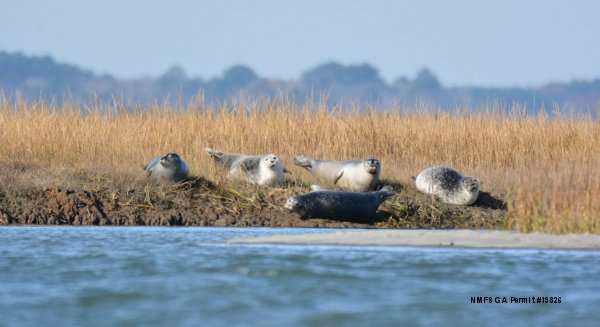 A group of seals hauled out on the Eastern Shore of Virginia. Photo by Danielle Jones taken under NMFS permit 19826 to Tara Moll.

Winter is near, and the seal sightings are starting to roll in! NAVFAC Atlantic is continuing the study sponsored by the US Fleet Forces Command, “Haul-Out Counts and Photo-Identification of Pinnipeds in Lower Chesapeake Bay,” for another year.  For the last couple of years, this work has expanded as we partnered with The Nature Conservancy to conduct surveys on Virginia’s Eastern shore in addition to our original sites at the Chesapeake Bay Bridge Tunnel (CBBT).

Seals typically migrate to mid-Atlantic waters during fall and winter months. The first sightings for the lower Chesapeake Bay have been in late November the last several years based on survey data and opportunistic sightings. The first sighting for this year was on Virginia’s Eastern shore on November 3, 2017, signaling that seals may be arriving in the Chesapeake Bay region earlier than previously expected. 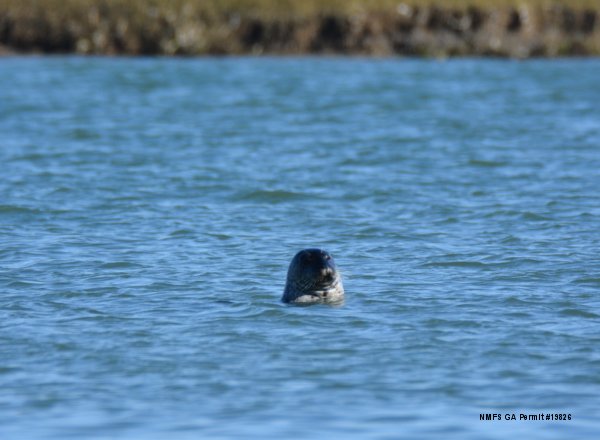 A seal takes a swim off the Eastern Shore of Virginia. Photo by Danielle Jones taken under NMFS permit 19826 to Tara Moll.

NAVFAC Atlantic biologists conducted the first official haul-out survey of the field season at the Chesapeake Bay Bridge Tunnel on November 2, 2017. Most of the CBBT haul-out sites are closed to surveys for the season due to an upcoming construction project and no seals were observed at the that day. However, five harbor seals were sighted at the Eastern Shore survey site on November 21, 2017, and 25 sighted on December 11, 2017. Haul out surveys will continue to be conducted at both CBBT and Eastern Shore sites through the winter and spring of 2018. 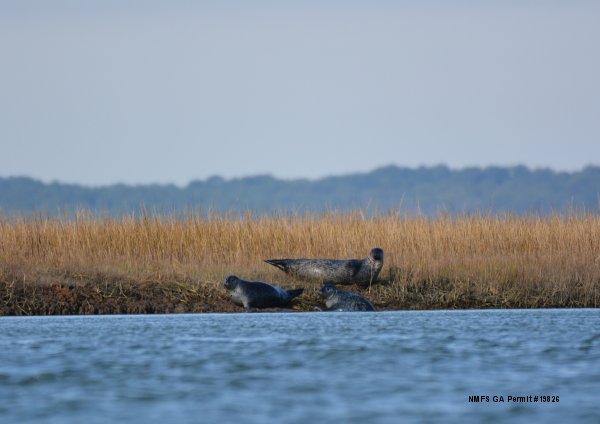 Seals crawling up onto a haul-out site in the Eastern Shore of Virginia. Photo by Danielle Jones taken under NMFS permit 19826 to Tara Moll.

Data collected from this study is important as our understanding of seal occurrence within the mid-Atlantic region is still extremely limited. This study is also helping inform a separate pilot project which will involve tagging seals with satellite tags to better understand their movements in the area and habitat use patterns.

All of the work for this project is authorized through a NMFS General Authorization for Scientific Research Permit #19826. Always remember to keep your distance (at least 100 yards) from any seals you see on the beach or in the water.