Hatteras tagging wraps up for 2015

The crew from Duke University and Cascadia Research Collective wrapped up another successful season of satellite tagging off the coast of Cape Hatteras in October. So far we have seen some very interesting movement patterns from the animals tagged in May and June.  We’re currently receiving satellite tag transmissions from eight of the tags and are anxious to see what these animals do as the winter months approach. 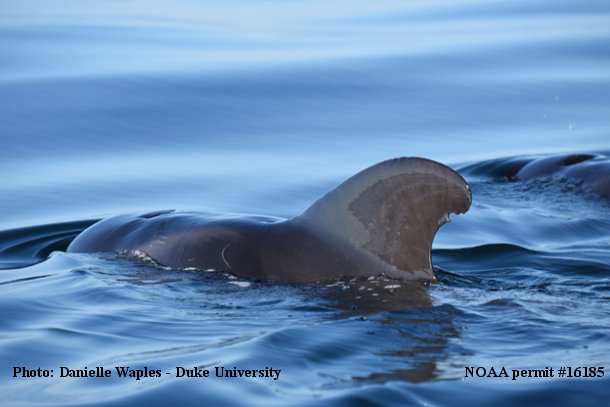 Animals with distinctive markings on their dorsal fins, like this short-finned pilot whale, are often re-sighted years later.  Long-term data collected using photo-identification images combined with the medium-term data collected from the satellite tags improve our understanding of how individuals use the waters off our coast.

The team deployed satellite tags on four odontocete species during eight field days in May, June, and October 2015. This includes 19 short-finned pilot whales, four offshore bottlenose dolphins, six Cuvier’s beaked whales and one sperm whale.  Currently, six of the pilot whale tags and two of the Cuvier’s beaked whale tags are transmitting; seven of these tags were deployed in late October and one is still transmitting from its deployment in June. We’re hopeful that some of the tags will continue to transmit for another month or more in order to capture wintertime movement patterns.  All but two of these individuals are currently (December 07 2015) on the continental shelf break between Cape Hatteras, NC and Corolla, NC. 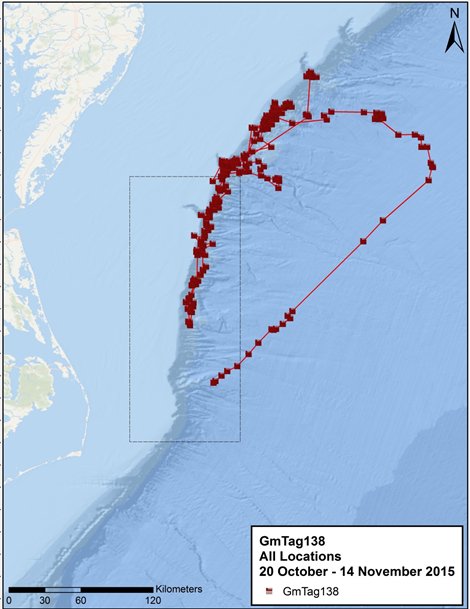 Many of the short-finned pilot whales that we tagged in 2014 and 2015 traveled back and forth along the shelf break while spending time near submarine canyons; however, some traveled hundreds of miles to the east to remote seamounts in the NW Atlantic.  Map:  Heather Foley, Duke University.

Most of the satellite tags deployed in 2015 record location only data (SPOT); however, nine of the tags have the capability to record depth and location (Mk10).  This tells us how deep the animal dives at a given time and location.  In fact, the only Mk10 tag still transmitting is on a Cuvier’s beaked whale, a species that recently set the record (recorded off the California coast by our colleagues at Cascadia Research) for the longest and deepest dive of any marine mammal species at 137.5 minutes and 2,992 meters.  Although, we won’t likely break any records this year, our data will be critical to understanding how deep diving marine mammals respond to environmental and anthropogenic threats e.g. mid-frequency active sonar and seismic exploration, in a complex and dynamic habitat. 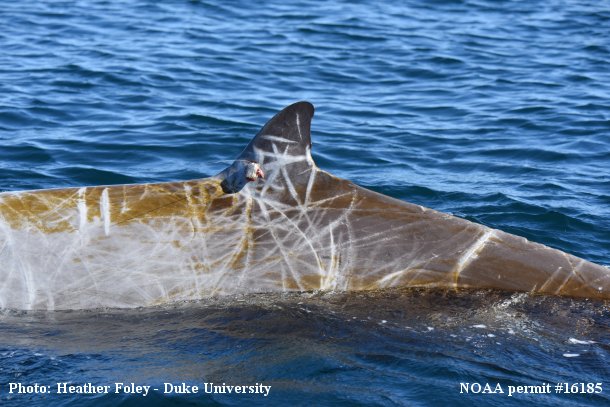