The 2021/2022 seal monitoring field season has officially begun in southeastern Virginia with time-lapse cameras (aka camera traps) recently installed at the Chesapeake Bay Bridge Tunnel (CBBT) and Eastern Shore haul-out survey areas. These cameras are programmed to take pictures every 15 minutes in order to more accurately document seal arrival and presence throughout their seasonal occupancy in southeastern Virginia, which is generally from fall into spring. Ten cameras have been deployed to date, eight on the Eastern Shore and two at the CBBT “islands,” which have been popular haul-out locations since surveys began seven years ago. Harbor seals make up the majority of the animals observed, and several individuals have even been observed returning seasonally to these haul-out locations for a number of years. Gray seals have also been occasionally seen at some of the haul-out locations, but on an inconsistent basis. Haul-out counts at the CBBT and Eastern Shore survey areas are planned to begin the first week of November when seals are typically expected to start arriving in the area. 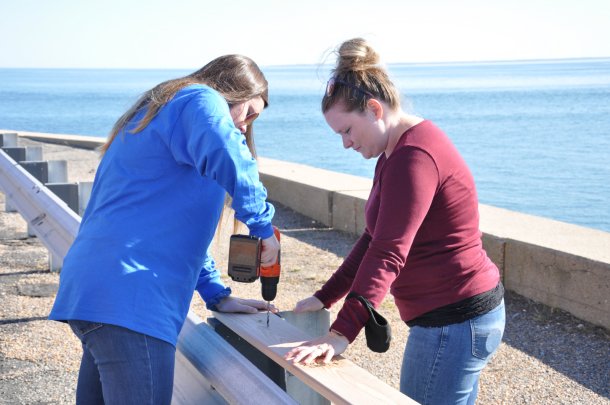 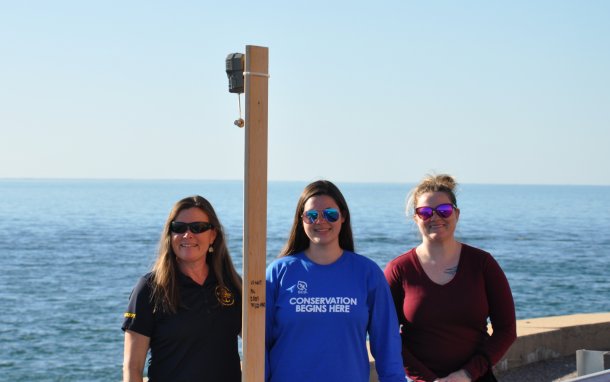 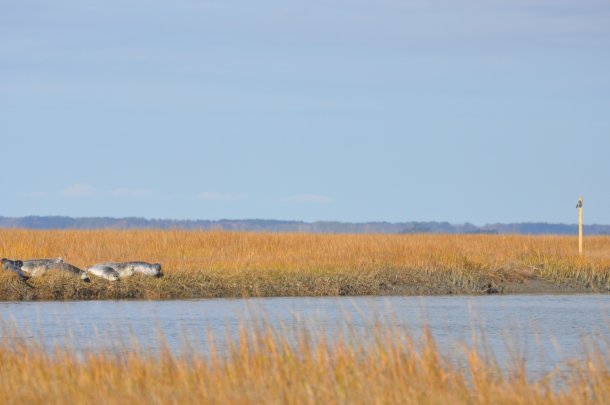