Every year beginning in early November a portion of the endangered North Atlantic right whale population begins a southbound migration from their summer feeding areas off the coast of New England and Canada.  Some of these individuals are pregnant females destined to give birth to babies in the warm shallow waters off the Southeastern U.S.  Right whales are particularly susceptible to vessel strikes and as a result a series of Seasonal Management Areas has been established along Mid-Atlantic coast from November 1 through April 30 where all vessels 65 feet or longer must travel at 10 knots or less.

Yesterday a research team from HDR Inc. and Naval Facilities Engineering Systems Command Atlantic documented the first confirmed visual sighting of migrating right whales in the Mid-Atlantic this season, less than a mile off the coast near the VA/NC border.  The researchers were conducing an aerial survey with the primary purpose of locating right whales and humpback whales. Sighting locations are then passed on to another field team on a small vessel who would conduct additional observations of behavior, size and body condition, collect photos for identification, and potentially deploy a tracking or acoustic monitoring tag. 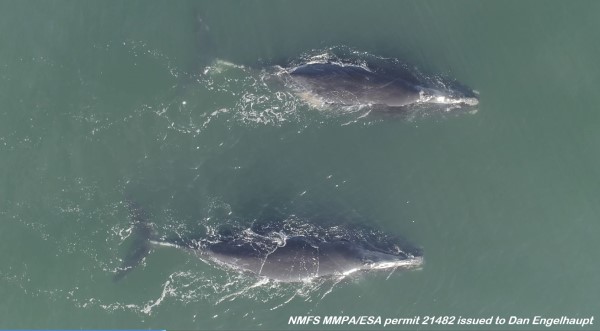 'Smoke' and 'Caterpillar' sighted less than a mile off the coast of southern Virginia presumably making their way to the calving area off the Southeastern U.S.

The two individuals sighted are both known to be reproductive age females - ‘Smoke’ and ‘Caterpillar’ - and therefore were not candidates for satellite telemetry tracking tags but the field team did successfully deploy short-term suction cup tag that will collect fine scale movement and dive data, audio recordings of any vocalizations or sounds that the whales make, and high definition video.  Very little is know about the behavior of migrating right whales, particularly acoustics, so this tag represents an important opportunity to help address that data gap.  The tag is programmed to release from the animal within 24 hours at which point the researchers will need to track it down in the ocean with the help of satellites and a VHF receiver in order to download the precious data. 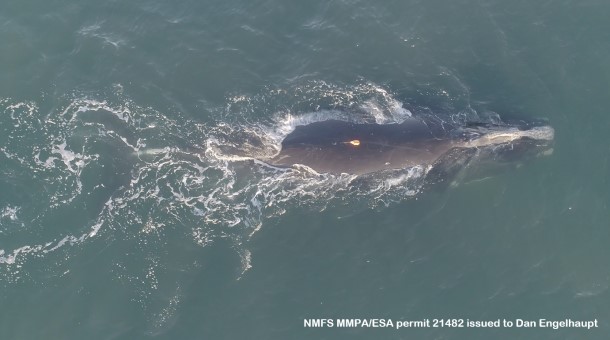 'Smoke' with a suction cup tag attached to her back for recording movements, audio, and high definition video 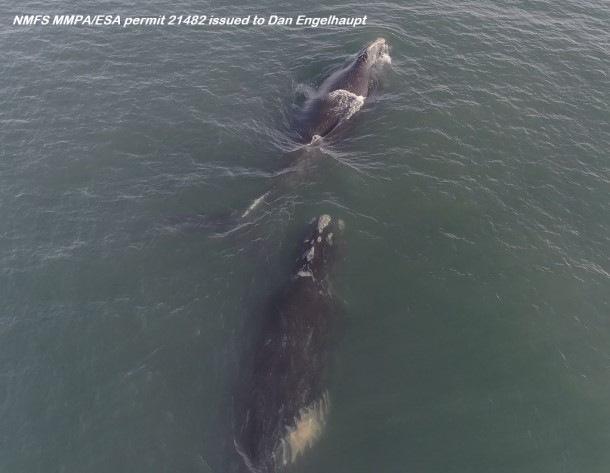 This research is conducted under NMFS MMPA/ESA permit 21482 issued to Dan Engelhaupt. 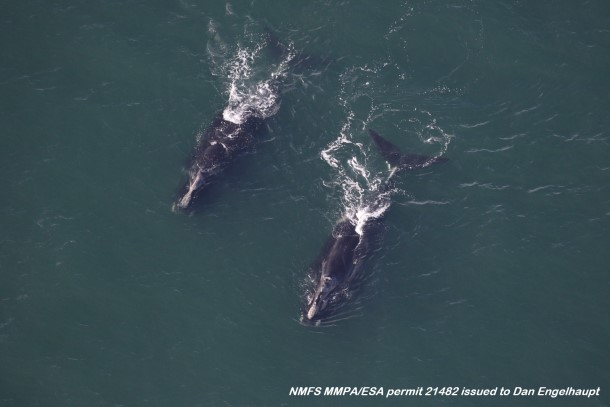 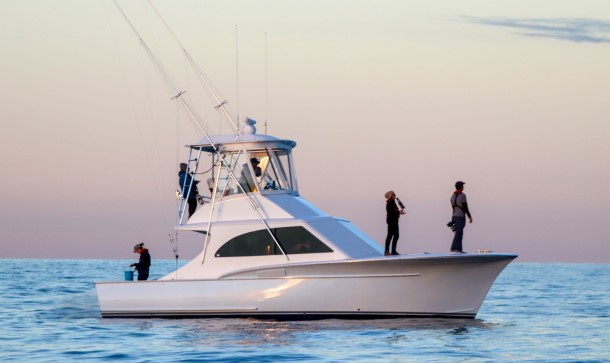