Duke University, Cascadia Research Collective, the University of North Carolina at Wilmington, and Woods Hole Oceanographic Institution are currently collaborating on a research project to learn more about the movements and diving behavior of odontocete cetaceans off Cape Hatteras, North Carolina.  The first part of this project began last week when a cetacean tagging expert from Cascadia travelled to North Carolina to work with researchers from Duke.  Working approximately 40 miles offshore on the Duke University Marine Laboratory’s new research vessel, the Richard T. Barber, the team enjoyed several days of good weather and encountered many groups of offshore bottlenose and common dolphins, Cuvier’s beaked whales, and short-finned pilot whales.  On Wednesday, May 14th, the aerial survey team from the University of North Carolina at Wilmington provided critical support to the tagging team by relaying sightings of beaked and pilot whales. 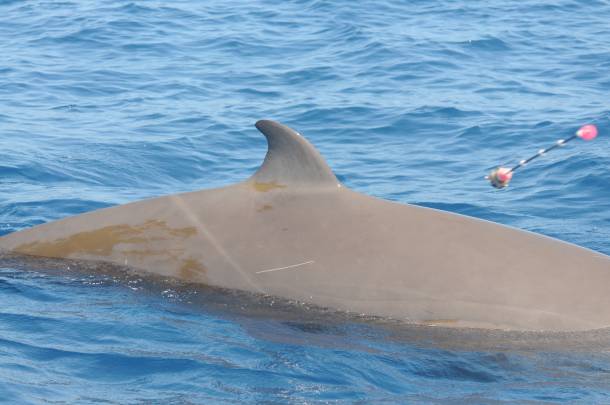 Remote deployment of a satellite-linked dive recorder on a Cuvier’s beaked whale off Cape Hatteras. The dart detaches from the tag on impact.

The research team was able to deploy satellite-linked tags on a Cuvier’s beaked whale, four short-finned pilot whales, and an offshore Tursiops.  These are the first deployments of satellite-linked tags on free-ranging Cuvier’s beaked whales and pilot whales in the U.S. Atlantic Exclusive Economic Zone.  Two of the tags (including the tag deployed on the beaked whale) provide time-depth-recorder information on diving behavior as well as track horizontal movements. The TDR tags are already returning some great dive data from the first tagged beaked whale – with some dives to more than 2,000 m. 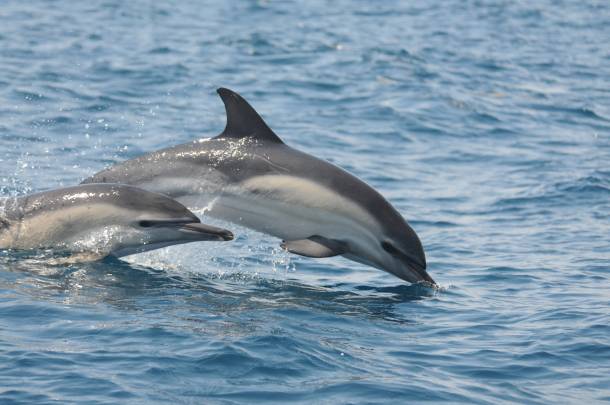 The field work will continue through June and also include deployments of archival Digital Acoustic Tags (DTags), which provide a short-term (~24hr) detailed record of the three-dimensional movements and vocal behavior of these species.  Both Duke and Cascadia will be posting regular updates through the field season as well as providing an online viewer for the tracking data. 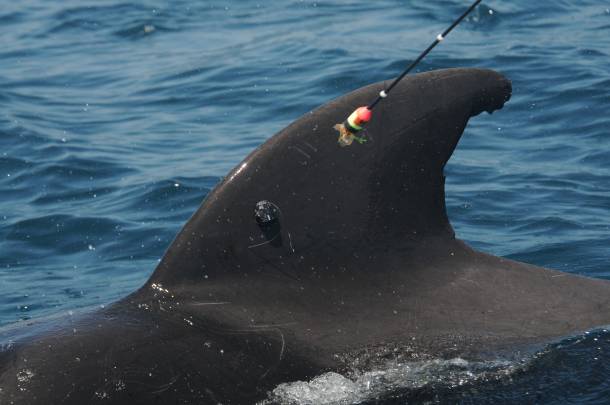 An adult male short-finned pilot whale immediately after being tagged with a satellite-linked radio transmitter off Cape Hatteras.