Early morning starts are a key to field work of Cape Hatteras.

Spring has arrived and we are moving into the second year of the Atlantic Behavioral Response Study working off Cape Hatteras, NC.  It's been a challenging start with windy conditions and uncooperative animals but the team from Duke University, Cascadia Research, and Southall Environmental Associates has still managed to complete the first controlled exposure experiment (CEE) of the field season this week. 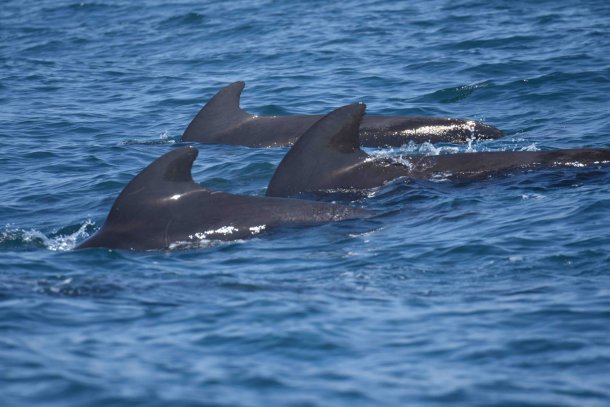 So far in 2018, the team has encountered both of our focal species - short-finned pilot whales and Cuvier's beaked whales – and successfully deploying a satellite-linked dive recorder on an adult male pilot whale on May 11th. Most of the animals they have encountered so far have been challenging to work with and they just missed a tagging attempt on a Cuvier’s beaked whale on May 12th, but fortunately recovered the tag. We have also seen large groups of common and bottlenose dolphins off Hatteras, typical for the study area this time of year, as well as  five sperm whales. One of the beaked whales encountered was "Rakes-08", the most frequently sighted beaked whale off Cape Hatteras over many years. 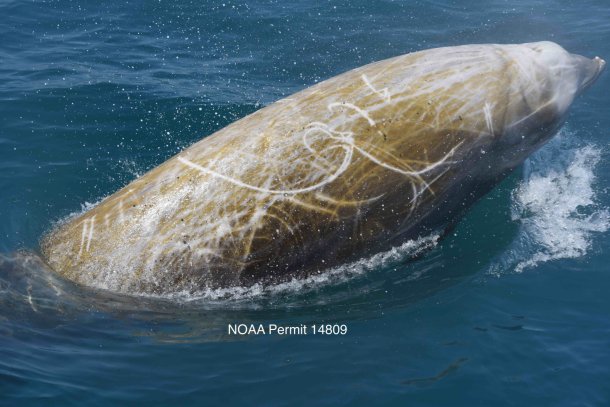 On May 14th they successfully tested the scaled sound source, which is used to play back the sounds of a simulated sonar system when Navy vessels are unavailable. The plan for May 15th was to find the tagged pilot whale and conduct a CEE to this animal with the scaled source. This might seem like looking for a needle in an offshore haystack, but we are fortunate to be able to track the animal via positions reported from the satellite tag every few hours. This gives a general area to search and then home in on the tag’s transmission signals using a special receiver. Despite less-than-perfect sea conditions, the tagged whale was eventually located and a CEE was conducted. Three biopsy samples were also collected other from pilot whales in the tagged animal’s group. Ph.D. student Jillian Wisse will analyze concentrations of cortisol and other stress hormones in these tiny samples of skin and blubber to look for a physiological response to the sound exposure. 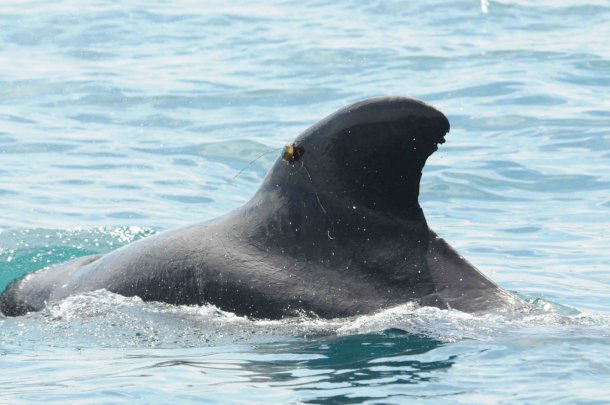 Pilot whale GmTag197 was the focal animal for the controlled exposure experiment conducted on may 15th 2018. Photo credit - Daniel Webster.

All in all, it’s been a good start to the 2018 work, despite the usual challenges of field work 50 nautical miles from shore.  We're hoping to appease the weather gods soon and deploy more satellite tags in advance of several weeks of planned CEEs that will ideally include DTags and actual tactical sonar from Navy ships that we are coordinating with.

Brandon Southall, Doug Nowacek, and Dave Moretti deploy the scaled sound source prior to a field test from the FV Kahuna.