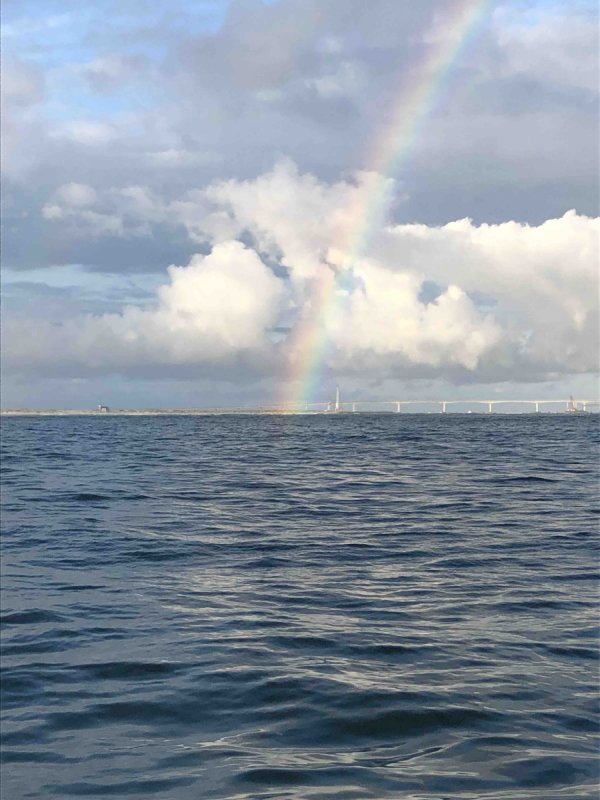 A rainbow as we headed offshore proved to be good luck. Photo by Andy Read

On August 6th, we conducted a successful Controlled Exposure Experiment with a group of four Cuvier’s beaked whales that included an individual equipped with a satellite-linked dive recorder (Zc93) and another whale (Zc19_218a) equipped with a Digital Acoustic Tag (DTAG). This is the first time we have been able to deploy both types of tags on the same group of beaked whales (although we have done this with pilot whales, which are much easier to tag). The advantage of the multi-scale approach is that we can collect hours of very fine-scale kinematic and acoustic behavior with the DTAG and days to weeks of coarser data on diving behavior and movements from the satellite-linked dive recorder. 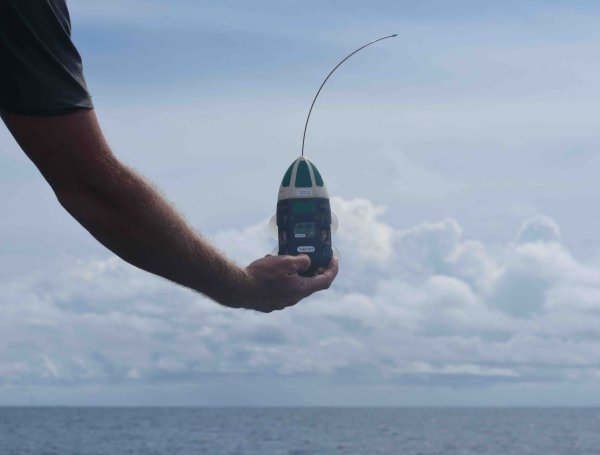 The Digital Acoustic Tag - one of the workhorses in our research toolbox. Photo by Will Cioffi

If this sounds like a tricky proposition, well, it is. We are able to intercept signals from the satellite-linked tag to home in on that animal, but then we have to approach the group closely enough to deploy the DTAG using a carbon-fiber pole. Fortunately, everything went to plan – we relocated the group with previously tagged Zc93 soon after the R/V Barber arrived in the study area shortly after 9:00 and had the DTAG on one of its associates just before noon. 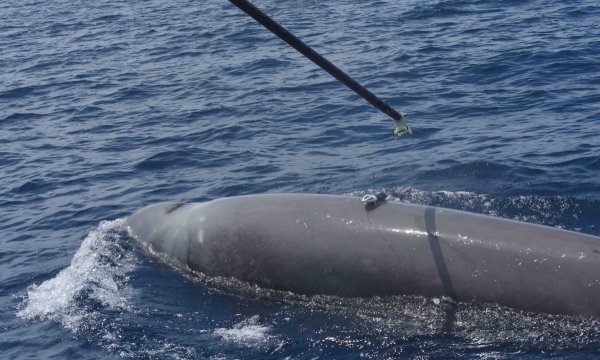 Zach Swaim attaching a DTAG to a Cuvier's beaked whale off Cape Hatteras. Photo by Will Cioffi

We then followed the group for five hours, attempting to get positions at each surfacing sequence. Our other boat, the Kahuna, deployed the scaled sound source and we conducted an hour-long playback of simulated sonar signals to the group. The whales responded by moving south, away from the Kahuna and making a couple of long dives, almost in succession. 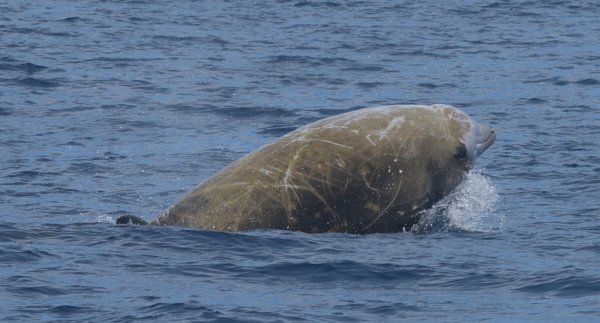 We recovered the DTAG as planned, just after 5:00 PM and returned to shore, excited to look at the valuable data it contained. Once we have downloaded the data from the DTAG, we can determine the exact Received Level (RL) of the sonar signal and also compare the data streams from the fine-scale DATG record and the coarser-scale satellite-linked dive recorder. Pretty cool. 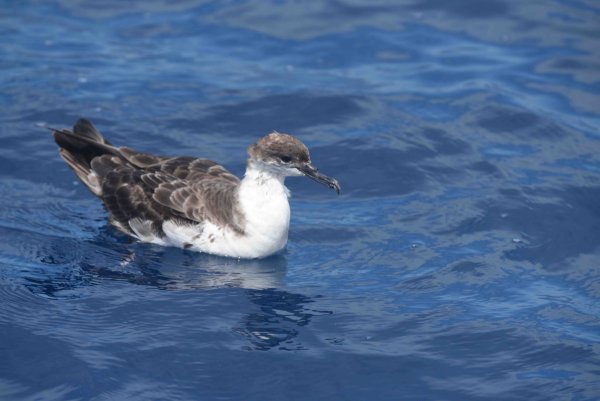 A friendly greater shearwater hanging around the R/V Barber while we waited for the beaked whales to surface. Photo by Will Cioffi

The Atlantic Behavioral Response Study is currently in it's 3rd year of field work and is a collaboration between researchers from Duke University, Southall Environmental Associates, Cascadia Research Collective, University of St. Andrews, and HDR Inc.  For more information on the Atlantic BRS check out the project profile page with a summary of the project and links to annual progress reports.